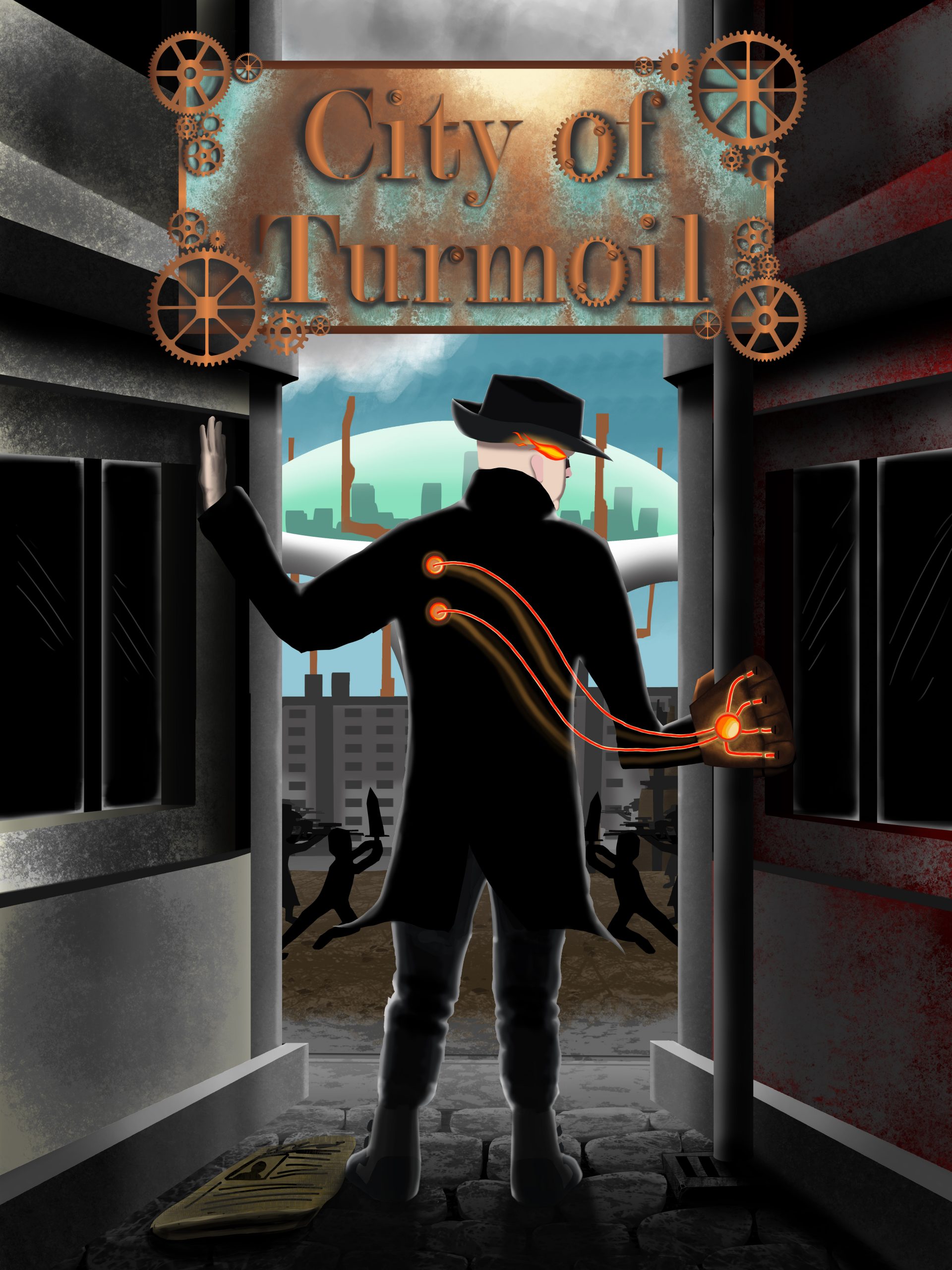 A poster concept for City of Turmoil. It displays a mercenary for hire about to go into the fray with his fire infused gauntlet and fight for the side he wants to fight for. The battle takes place between Frankenstead and Dreadwick.

This is one of the several outcomes that I created for the D&AD New Blood: Rare Studios Brief, with the logo at the top of the poster being another outcome. For quite some time, I had mostly done my art work physically, and not digitally, so working digitally was a bit of a challenge at first, but I got the hang of it fairly quickly, and picked up many good techniques. 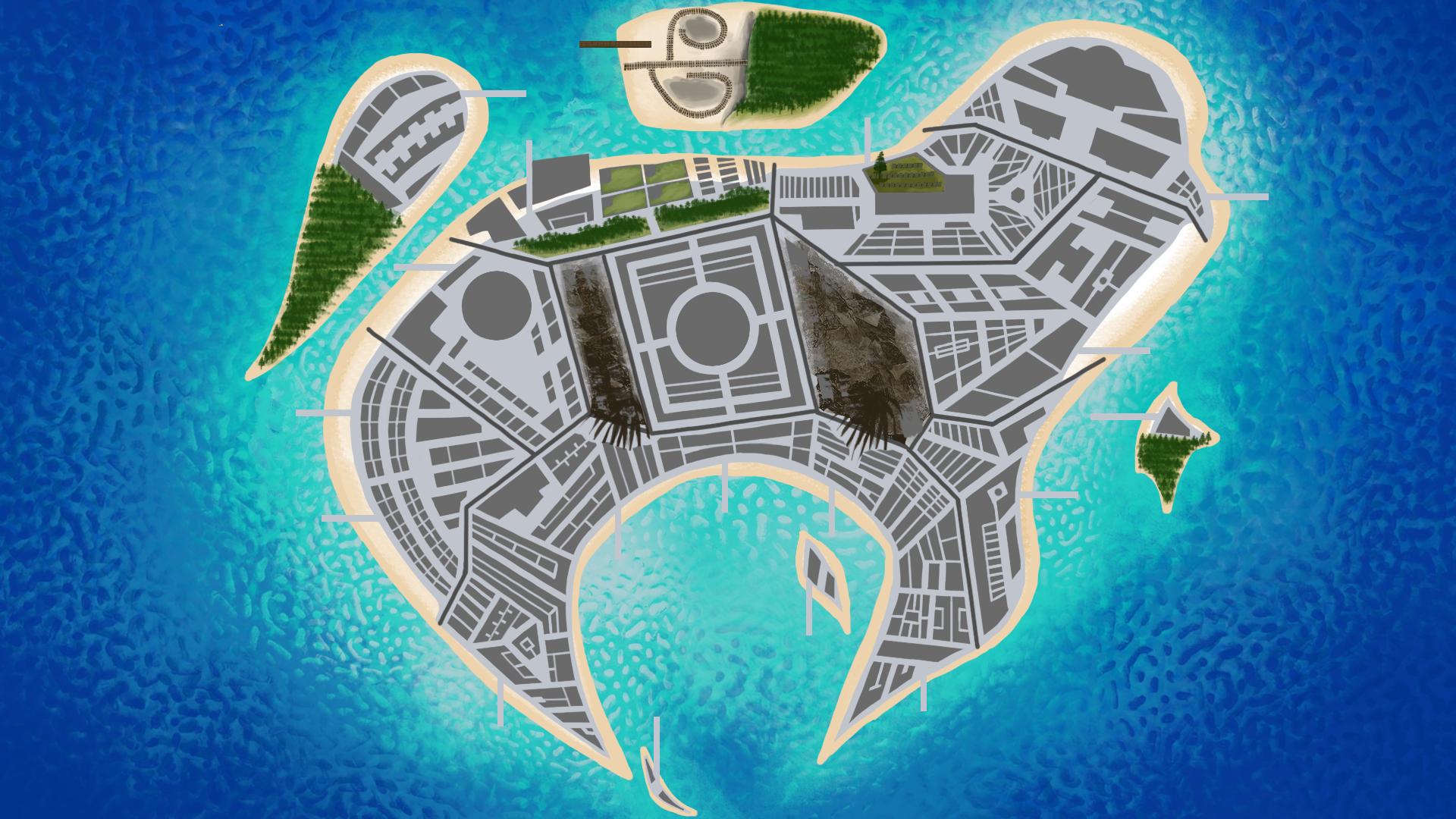 Concept art for the map of the City of Turmoil game. This concept art displays the area where the game takes place, the city is divided into nine main districts belonging to nine factions, with a few neutral islands that can be captured during the month for one side of the war.

Each area has a tram station, which allows players to quickly travel between each district (except from Pendrangham at the top right of the map, as that place is where the royalty and high-class citizens live). The war at the end of the month takes place on the two battlefields either side of Frankenstead District (The one in the centre of the island). The two areas parallel to Pendrangham are Constanshire (Northern one) and Draedwick (Southern one), the districts parallel to Frankenstead are Bambury (Northern one) and Everdeston (Southern one), the district to the right of Everdeston is Starkinglsy, the district on the far west side of the island is Hannibal Bay, which leaves the final district which is parallel to Hannibal Bay which is Saiborough. 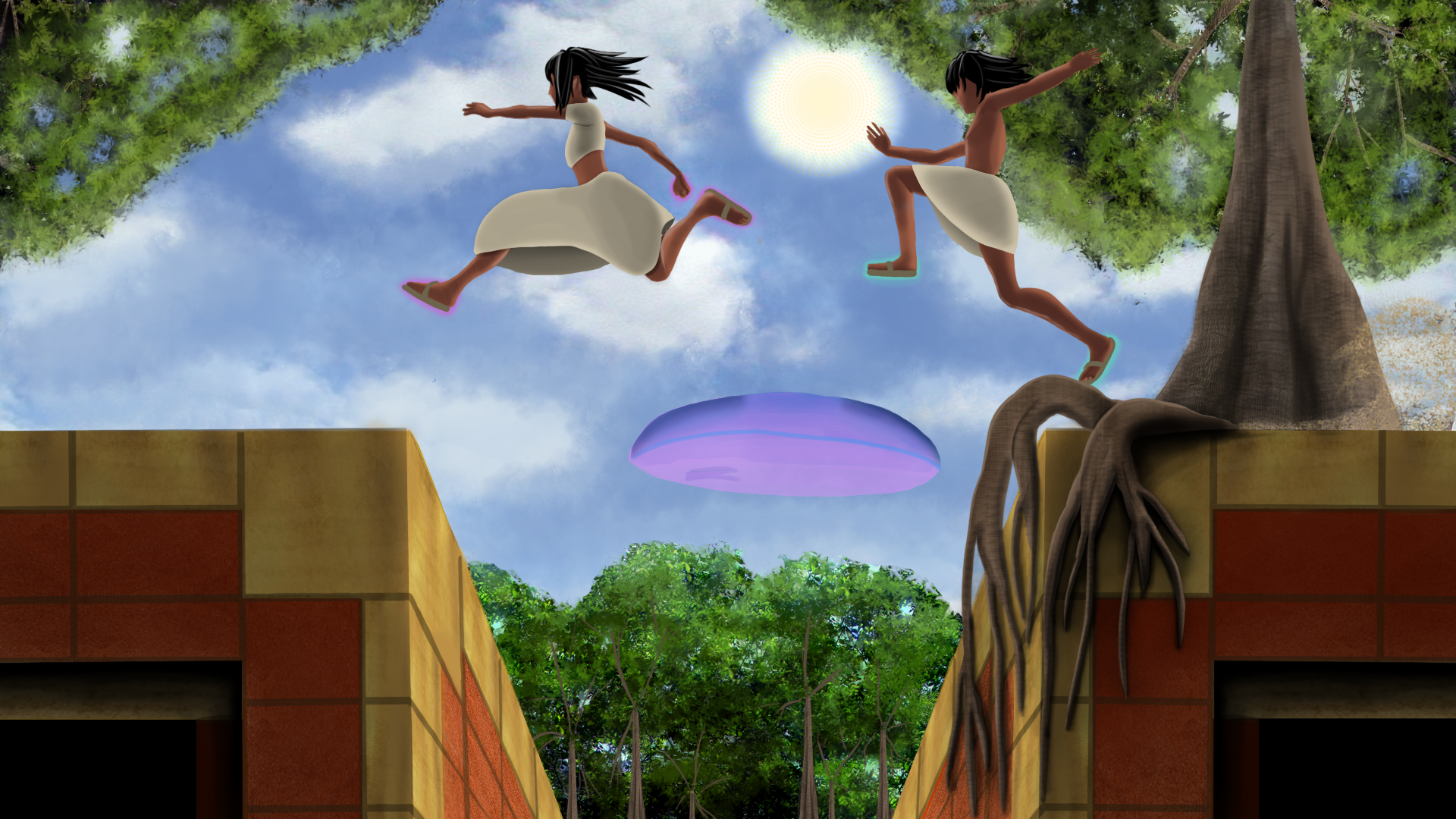 This is one of the pictures I made to help visualise my concept for the TV Show I've called Lost City. In this scene, you can see the protagonists of the show (two twins born with magic) as they are running around the City of El Dorado using their magic to play pranks on the inhabitants. 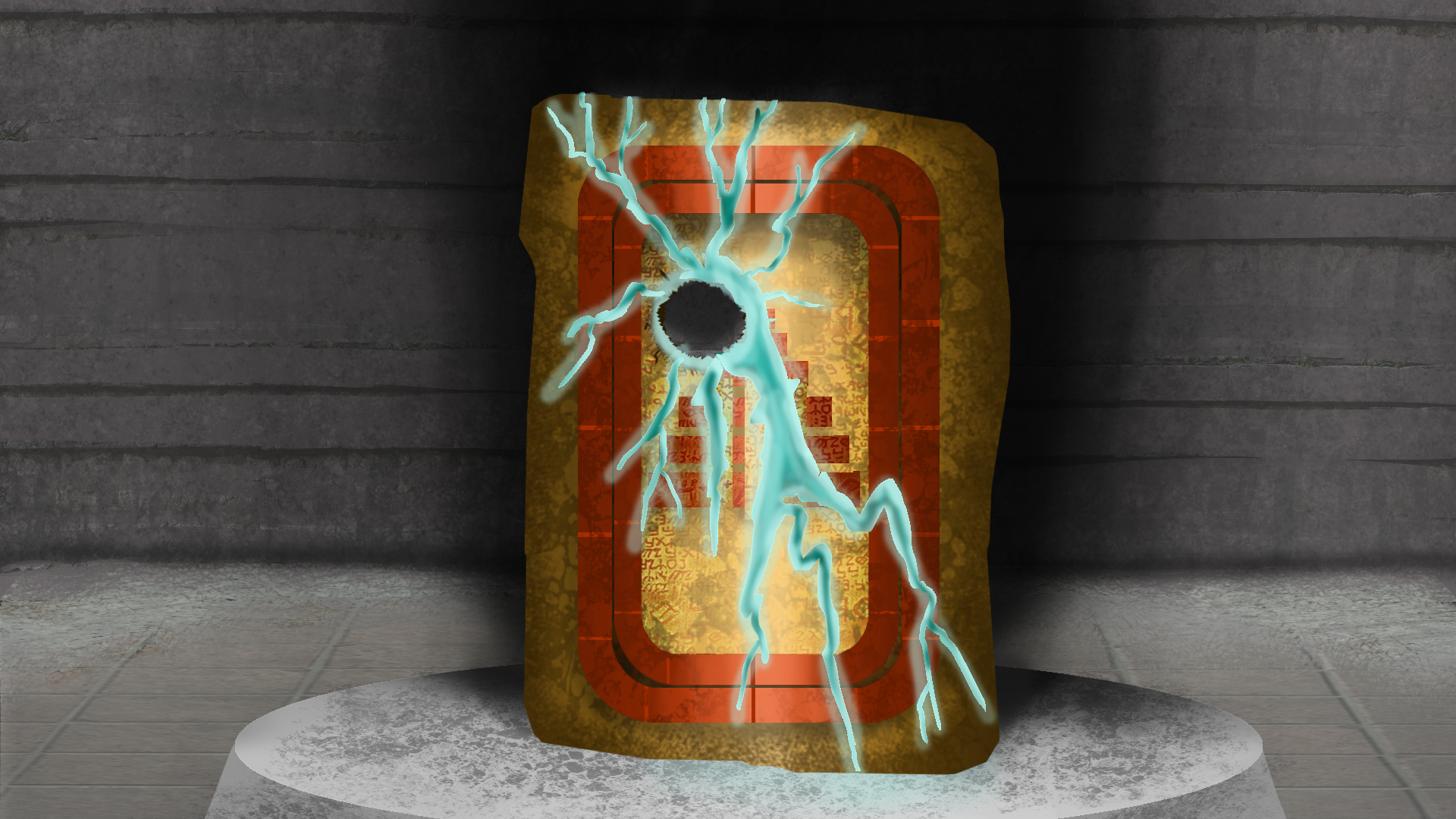 This is the next picture of my concept art for Lost City. One day, as they twins were pulling pranks, they got spotted by the authorities, and were chased to a temple with the artefact that keeps El Dorado separate from Earth. The brother of the twins gets cornered in the room with the artefact and after getting stressed out, he loses controls of his magic, damaging the artifact. This is what causes cracks between the worlds to appear.
This scene in particular is after the artefact gets shot by a stray round from a Conquistador's Flintlock Rifle, damaging it even further. 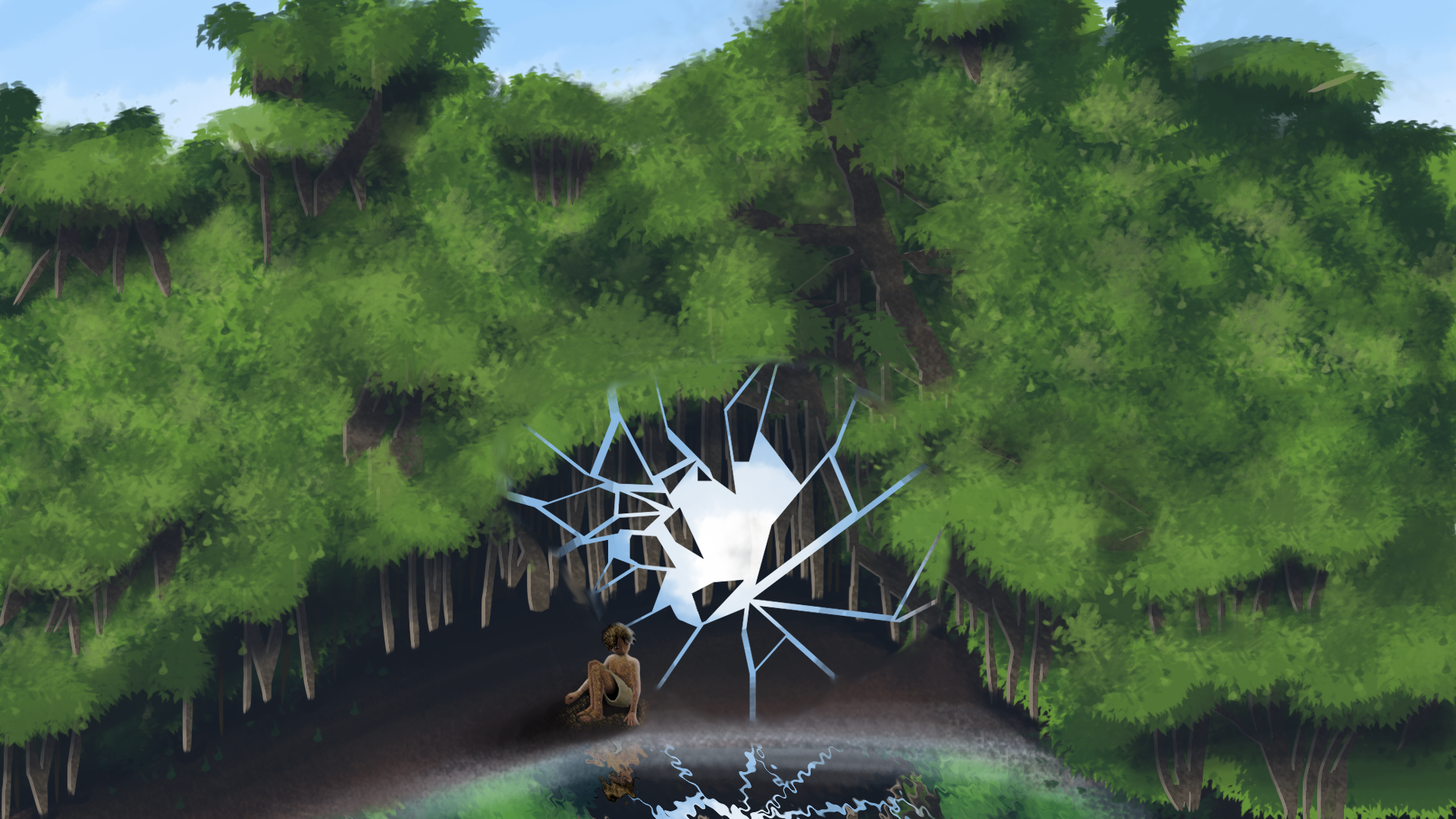 This is the next picture of my concept art for Lost City. After the brother lost control of his magic as mentioned with the Lost City 'Broken Artifact' Scene Concept Art description, a portal opened up and he was transported to Earth. 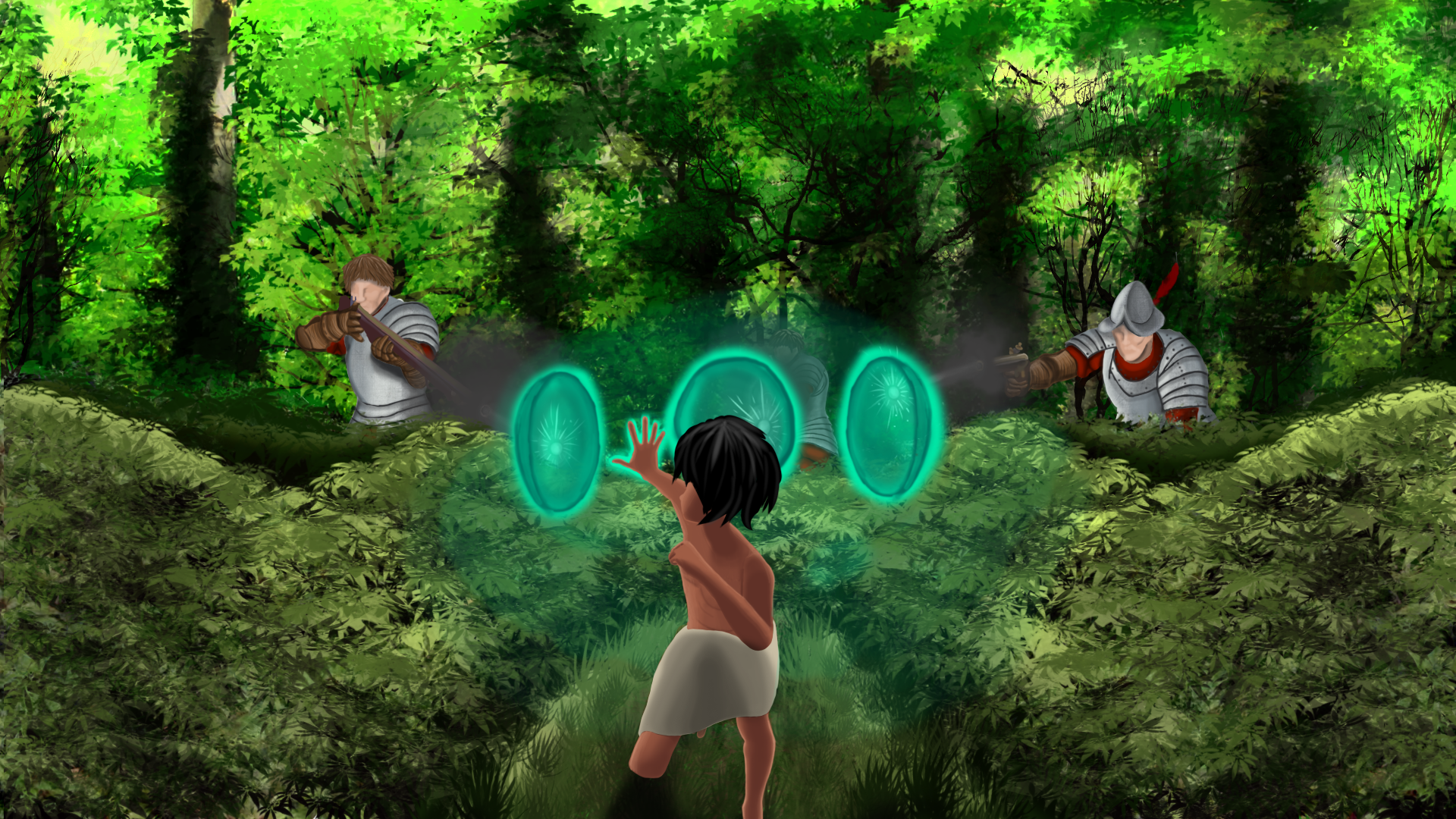 This is the next picture of my concept art for Lost City. In this scene, the brother is being chased by Conquistadors. After he appeared in the world, he came across some Spanish Conquistadors who were exploring the area. After being asked question about himself, he accidentally mentioned that he's from a city made of gold, which made the conquistadors very interested, and asked the brother if he could show them the way. The brother tried sneaking out so that they couldn't learn about the location of the El Dorado, however they spot him, and start chasing him, determined to learn the location of the city of gold. 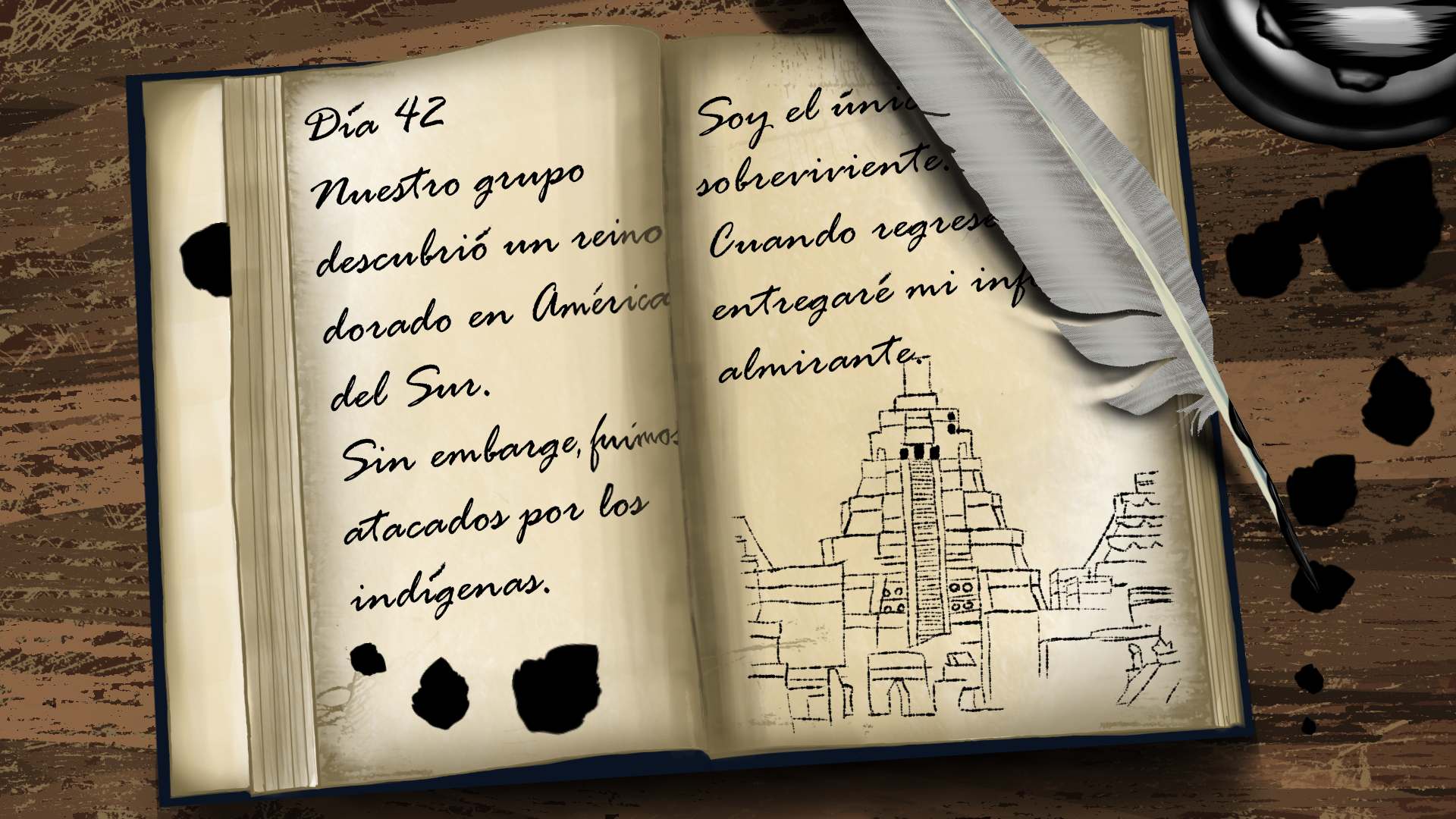 This is the final scene concept art picture I made for Lost City. This is the final scene from my storyboard, the conquistadors had chased the boy through the portal, where the twin's father was with the sister, and they fended off the conquistadors, but not before a single living conquistador shoots the father, the bullet then damaging the artefact even more. After the father was shot, the sister screamed, letting loose a massive magical shockwave that sent the Conquistador flying, as he is flying backwards, he catches a glimpse of the golden city through the door, and gets sent flying back through to Earth. When the Conquistador returned to the ship (limping), he noted what he experienced in his journal, detailing everything from the golden city to the people that attacked him and his crew. 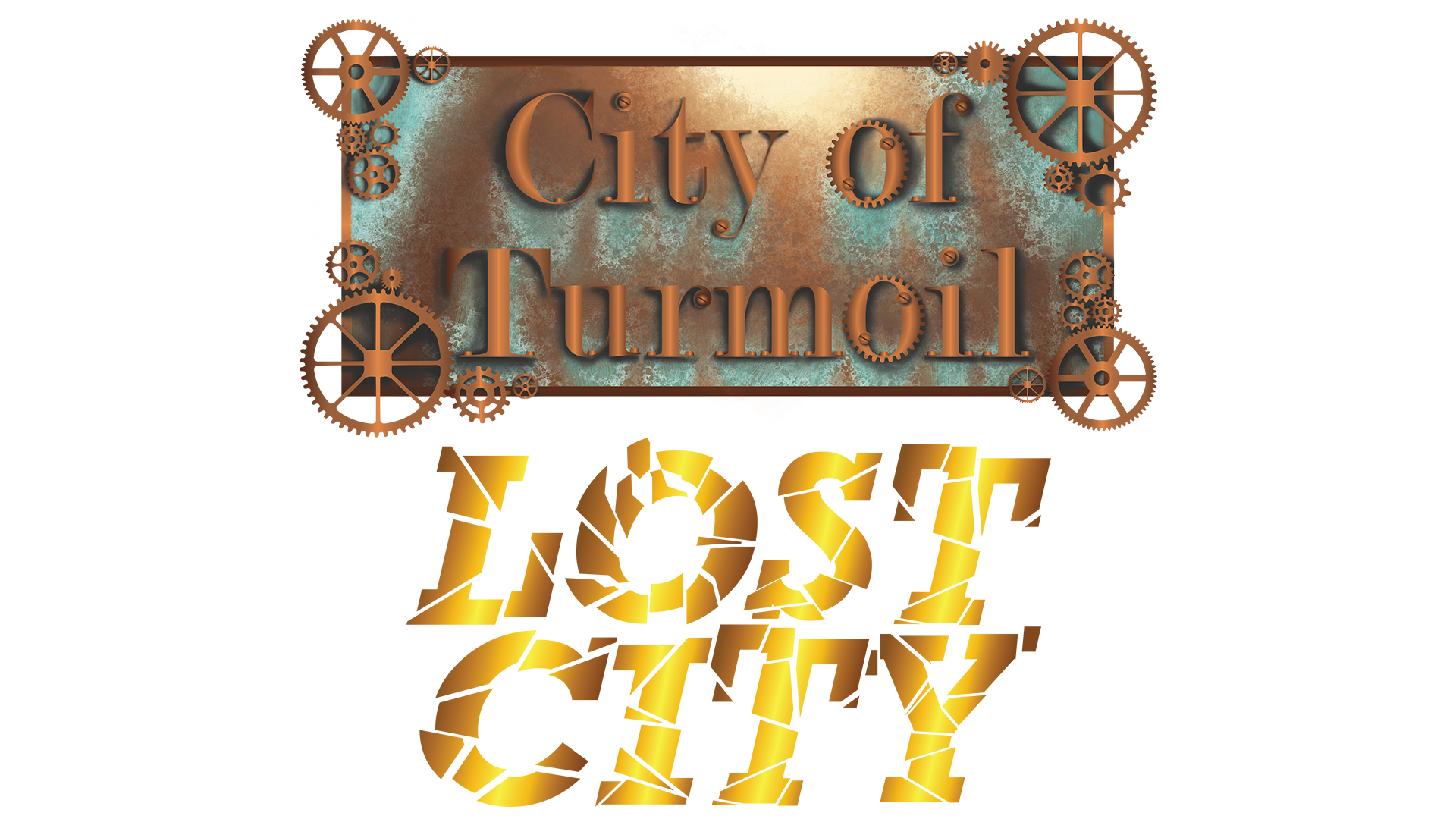 These are the two title logos I created for the two projects, the one at the top was for the Rare Studios Brief and the one underneath is for me personal project.

The City of Turmoil Logo tries to replicate the feeling of a Steampunk Fantasy, complete with gears and rusty metal. The letters themselves have been made to look like they are bolted down to the copper-like metal.

The Lost City Logo's colour is made to look like gold, a reference to 'The Golden City', whilst the crack design is to replicate the design of the portal from the 'Lost City 'Brother Teleported to Earth' Scene Concept Art'.

Hi, my name is Alex Carrington, I am a final year student at Loughborough University studying for a degree in Graphic Communication and Illustration.

In my final year I worked on two projects, one, in a team on a Rare Studios D&AD New Blood Awards Brief and the other an individual (personal) project to create a concept for a TV Show or Film.

The first project was the Rare Studios brief. I worked with another student where we were challenged to create a concept for a game that follows the success of Sea of Thieves. The concept we created for this game involved playing as a mercenary for hire, having 1 of 16 elemental abilities. This character would help decide the fate of a city situated on an island. The City of Turmoil. This city is divided into N factions, each separated from the other. At the end of each real world month, a war breaks out between the factions of the city after weeks of growing tension. All players then choose a side and battle the opposing players to win the war. Winning the war will change the city based on the reason for the conflict. For this project I created various pieces of work including the poster concept, the map of the island, the title logo and faction emblems for the game, script backgrounds and a few UI concept pieces. I also created an animatic for the project and voiced the clip with my colleague.

For my personal project, I created a concept for a TV show based on El Dorado, the imaginary city of gold. During my research, I noticed that all the films and TV shows related to El Dorado were all from the perspective of the explorers trying to find the city. So I decided to create a show where the perspective is from the inhabitants of the city. The concept of this show is that El Dorado used to exist on Earth but because of mystical circumstances it was separated from our reality and was sent to a parallel world. Now cracks between the worlds have started to appear and it has allowed people to cross between the worlds, allowing the people of Earth to glimpse and rediscover El Dorado. This causing the Spanish to send out many expeditions to try and find this 'Golden City'. My aim was to create a story, do a rough storyboard of my idea and then create concept art to help people to visualise my TV show “Lost City”.

I am very passionate about films and shows, and for a long time I’ve wanted to work in the Film and Television industry. This all started off with me wanting to do voice acting but ever since I watched the “Behind the Scenes” for 'The Hobbit, An Unexpected Journey', I have wanted to be part of the creative process that helps create these incredible stories.

Specifically, I am looking to become a Concept Artist/ Visual Development Artist (Some voice acting on the side would be nice if given the opportunity though).

I worked as a Steward at the Download Festival at Donnington Park Circuit for 5-6 days early June 2018. I was a bit of a shy person back then, I still am in some ways, but my experience there helped me gain confidence to speak up and help others who came to me asking for help or advice. The confidence boost helped me enforce the rules I needed to enforce.