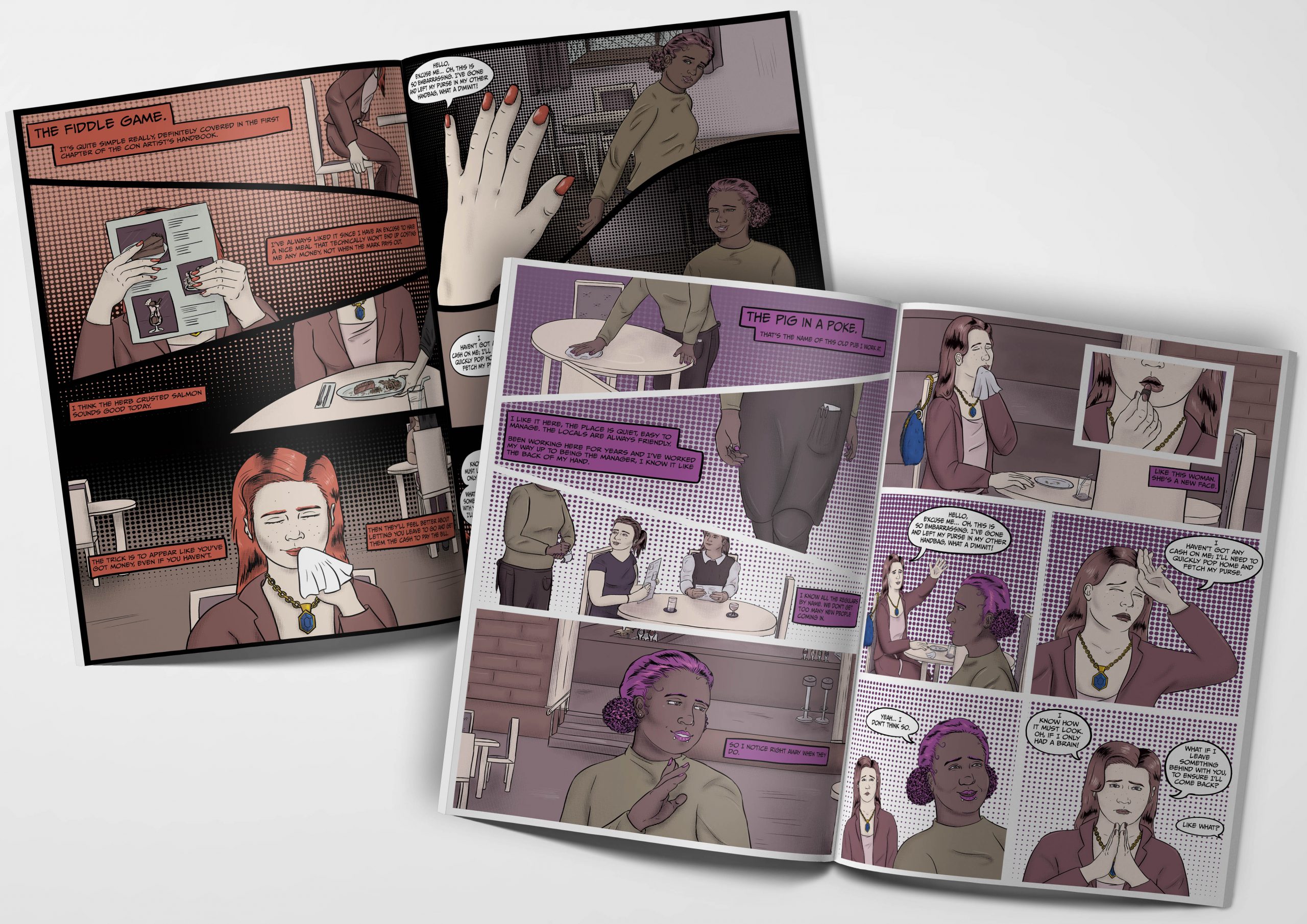 Mock-ups of the first pages of both halves of my two-in-one comic book which tells the story of a con as told from the perspective of the con artists and the mark respectively. My full comic will be made available to read on my website and social media in the coming weeks following the end of my time at Loughborough. 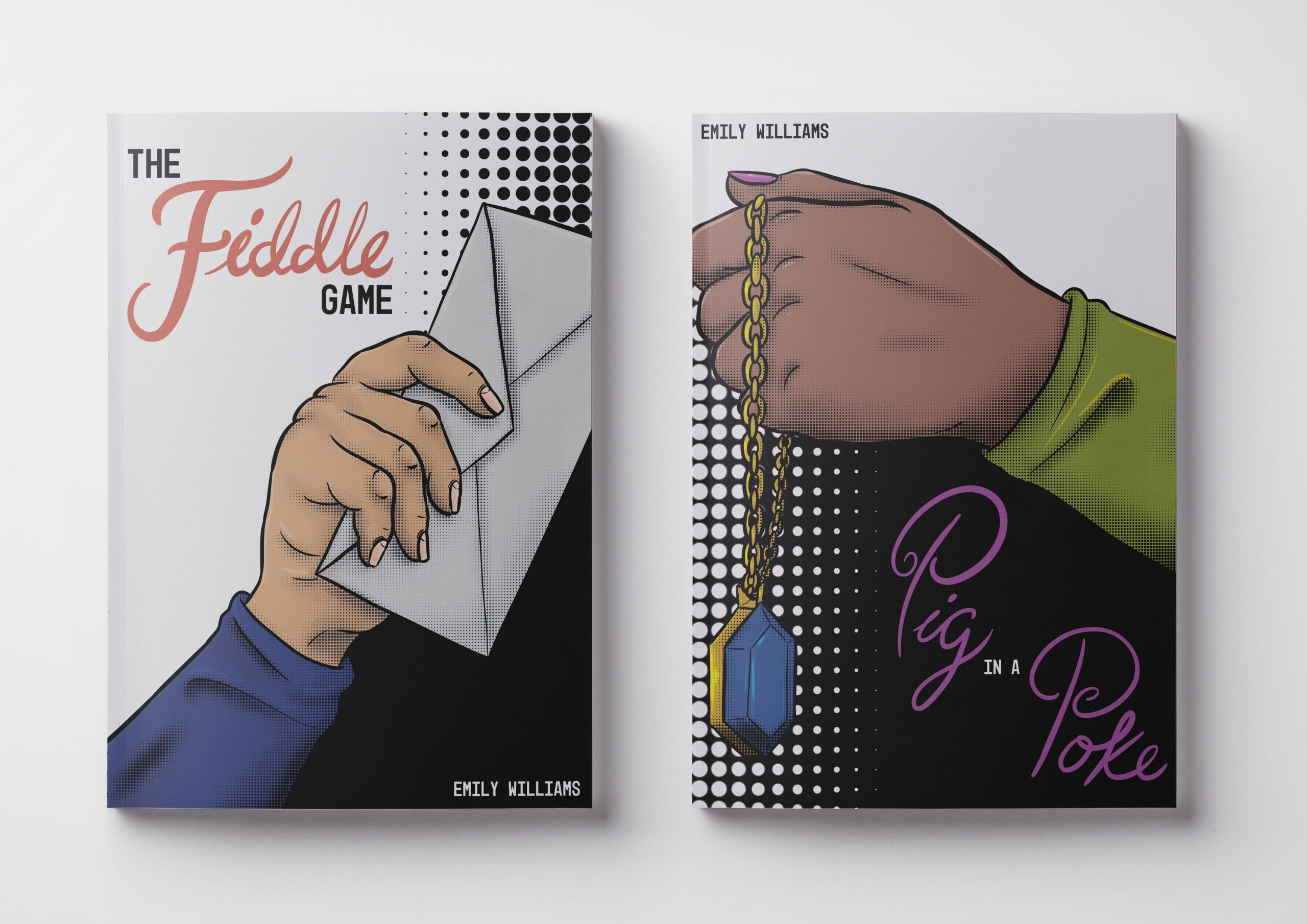 Front covers for "The Fiddle Game" and "Pig in a Poke"

Both front covers for my two-in-one comic book. “The Fiddle Game” is the story as told from the con artists Colette and Franco’s perspective and “Pig in a Poke” is the story as told from the perspective of the victim, Rosy. I wanted the two front covers to have linking features and to feel parallel to one another, hence the motif of the hand and the mirroring of features such as title placement and background details. 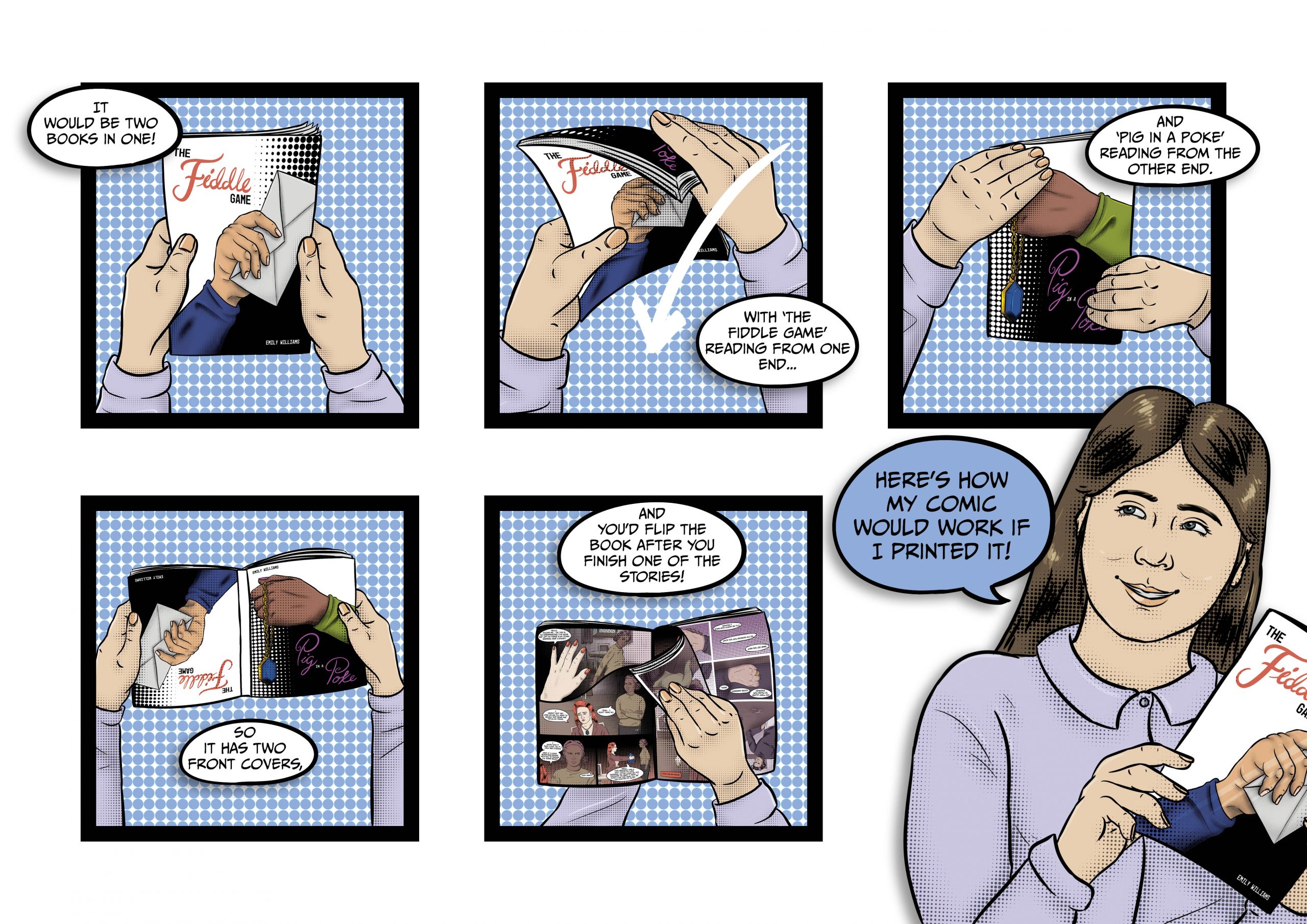 A short comic strip I produced in order to contextualise and communicate the way in which my comic book will function when printed as a physical object. I was inspired by manga, and the way these books read from the opposite direction from what I am used to. I thought it would be interesting to combine my two comics into one book, and have the reader flip the book over in order to read each story, since the way I have written the story means it doesn't matter which half is read first. 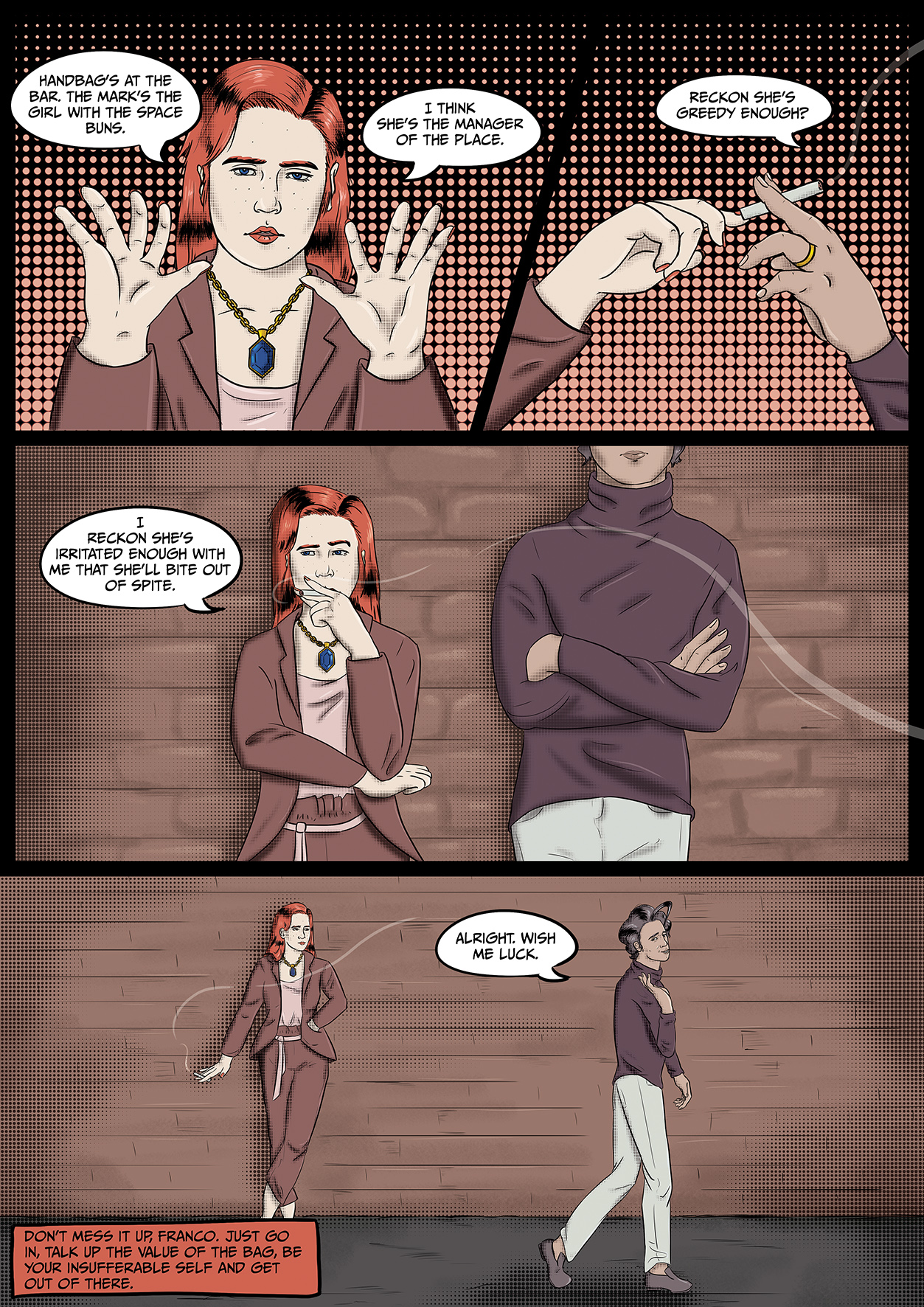 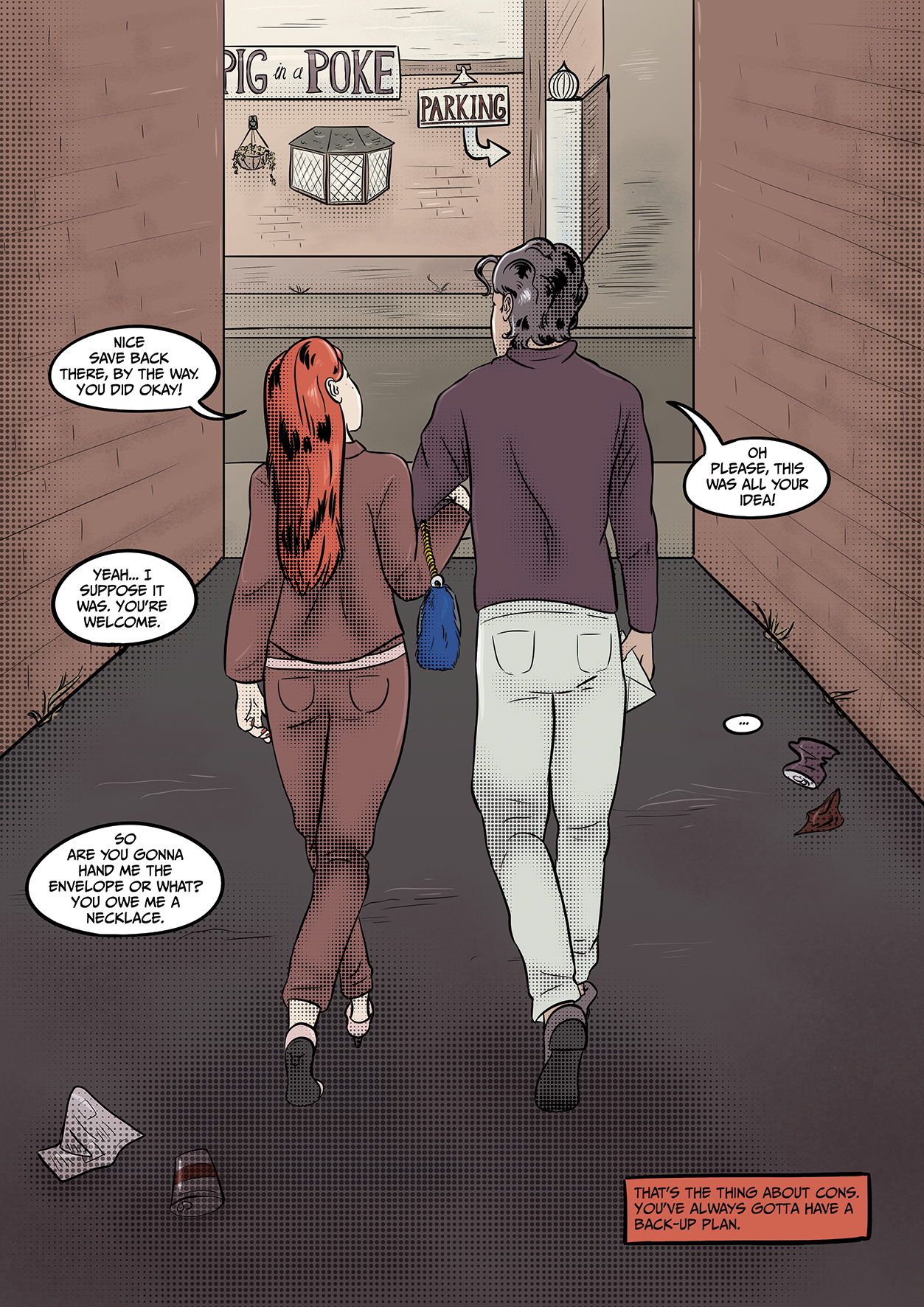 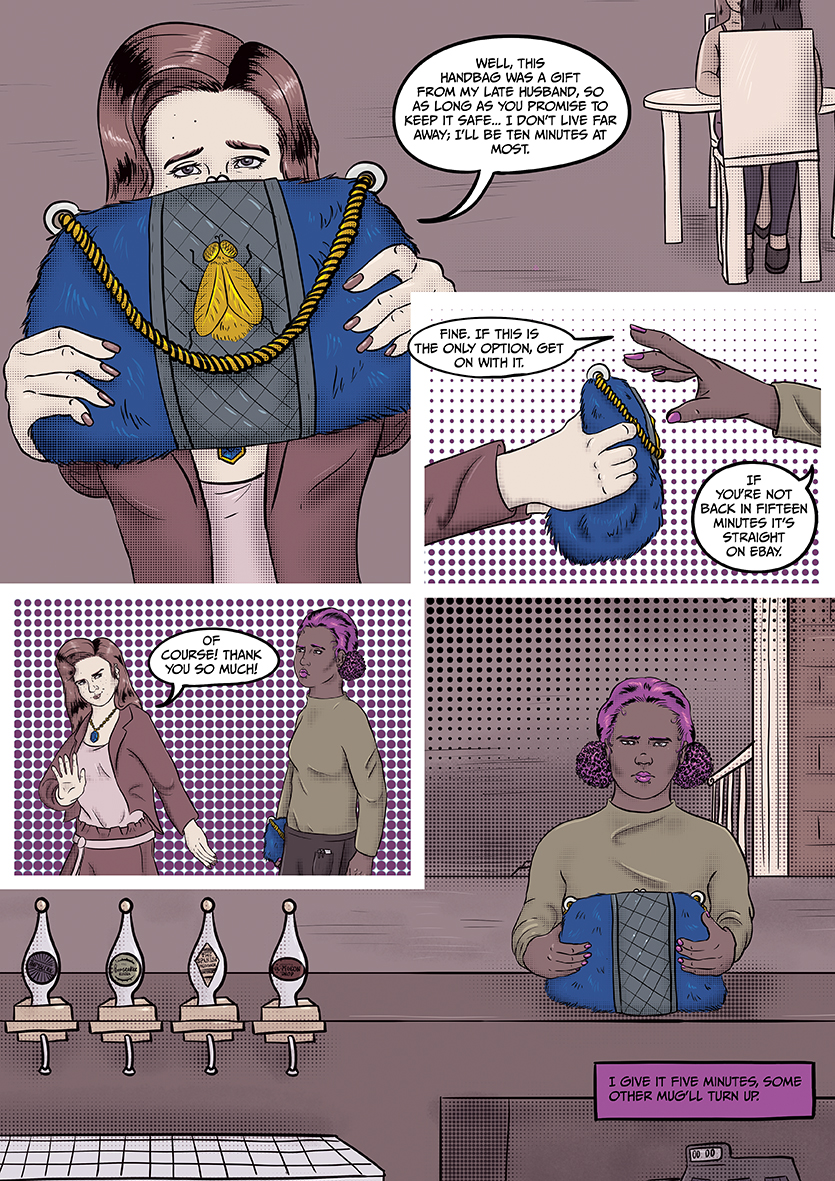 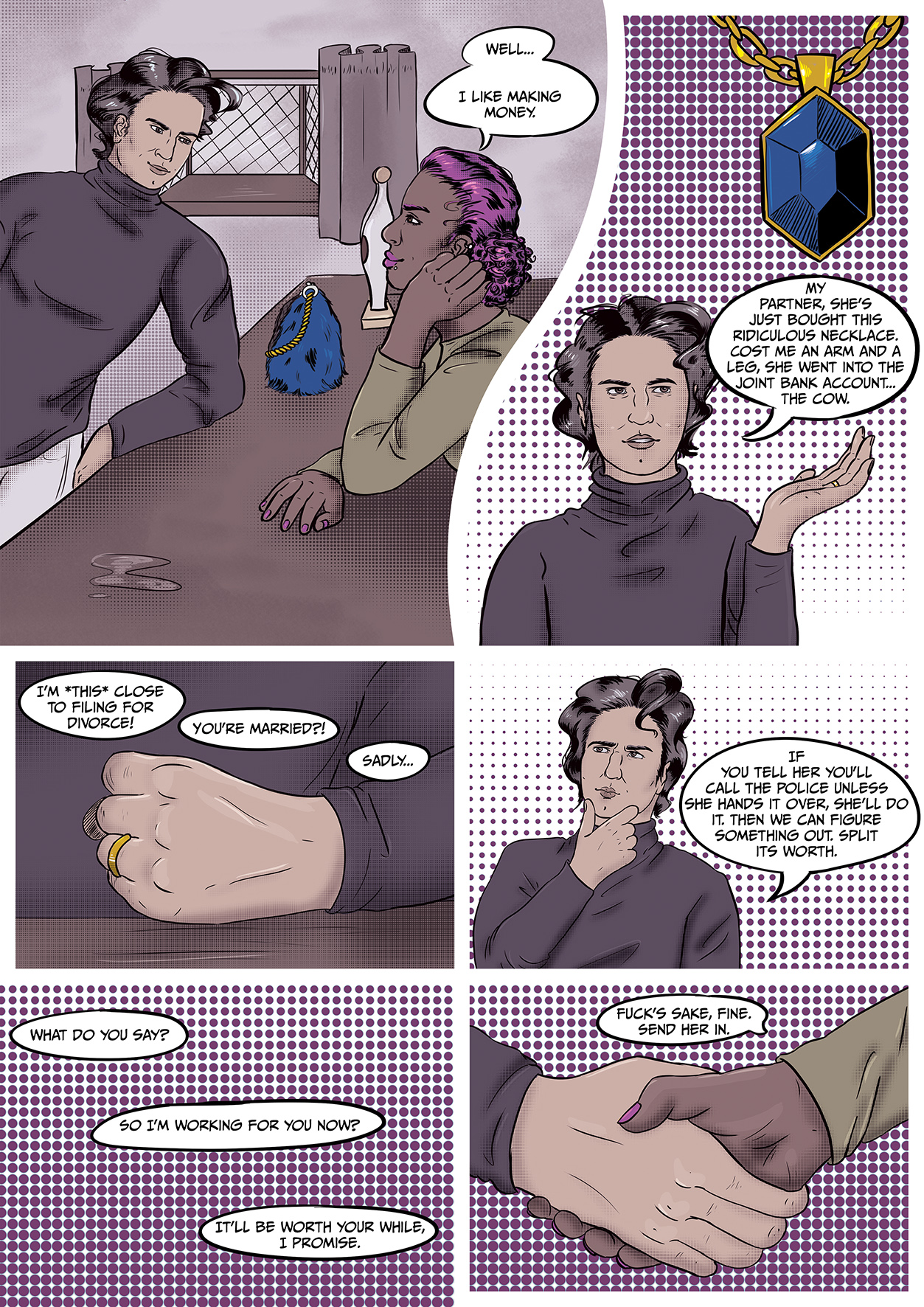 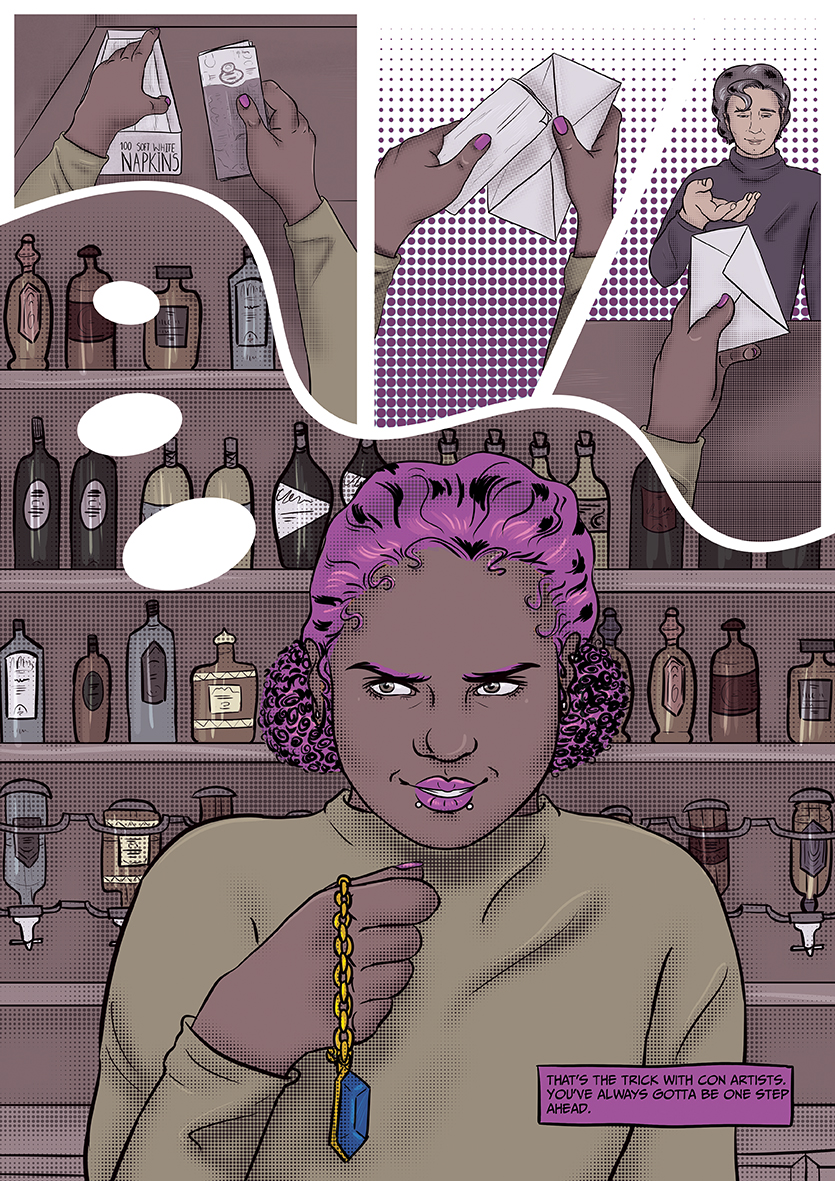 Illustrator with an interest in graphic narratives.

I spent my final semester focusing on one project, The Rashomon effect, named after the narrative technique of telling the same story from multiple characters’ perspectives. I decided to create a comic book to tell a story centered around the theme of con artists. “The Fiddle Game” and “Pig in a Poke” are original stories inspired by the classic cons of the same name, and have been written and designed to be read in tandem, though individually each could be a standalone comic.

As someone who enjoys writing as well as illustrating, I have a huge interest in storytelling and characters, so the transition into focusing on comic books in my final year was a natural one. This is also a focus I wish to carry into my career, to pursue a life in illustration and comic book art. I love bringing stories to life in a visual format, and I also enjoy the concept of multimedia storytelling, and have previously worked on projects that incorporate sound for another layer of interaction and immersion.

Functions and functionality: the depiction of gender roles and stereotypes in Rockstar’s Grand Theft Auto V

Freelance illustration commissions. This has improved my communication skills and my ability to work with clients to discuss their needs and wants for a particular project.