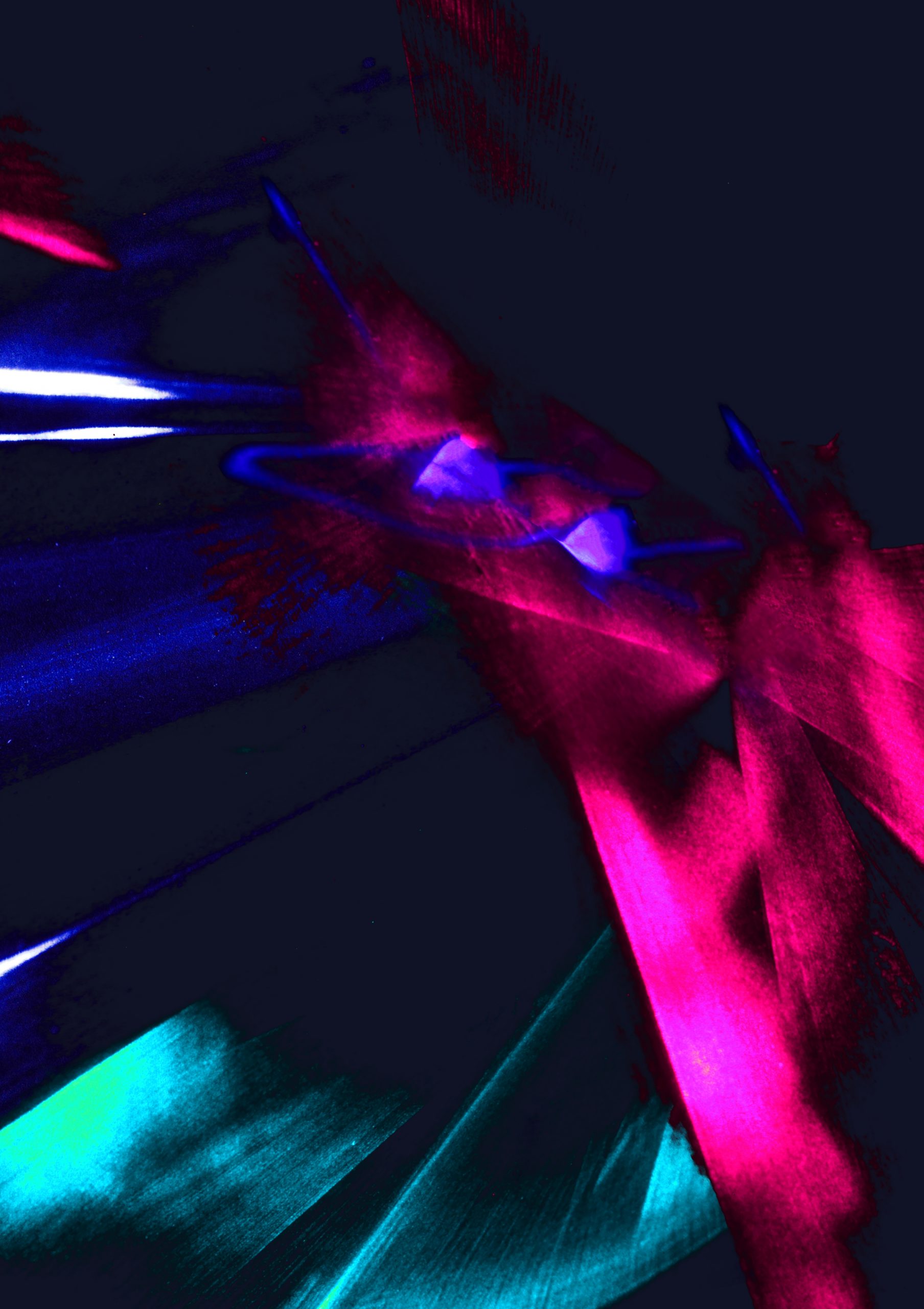 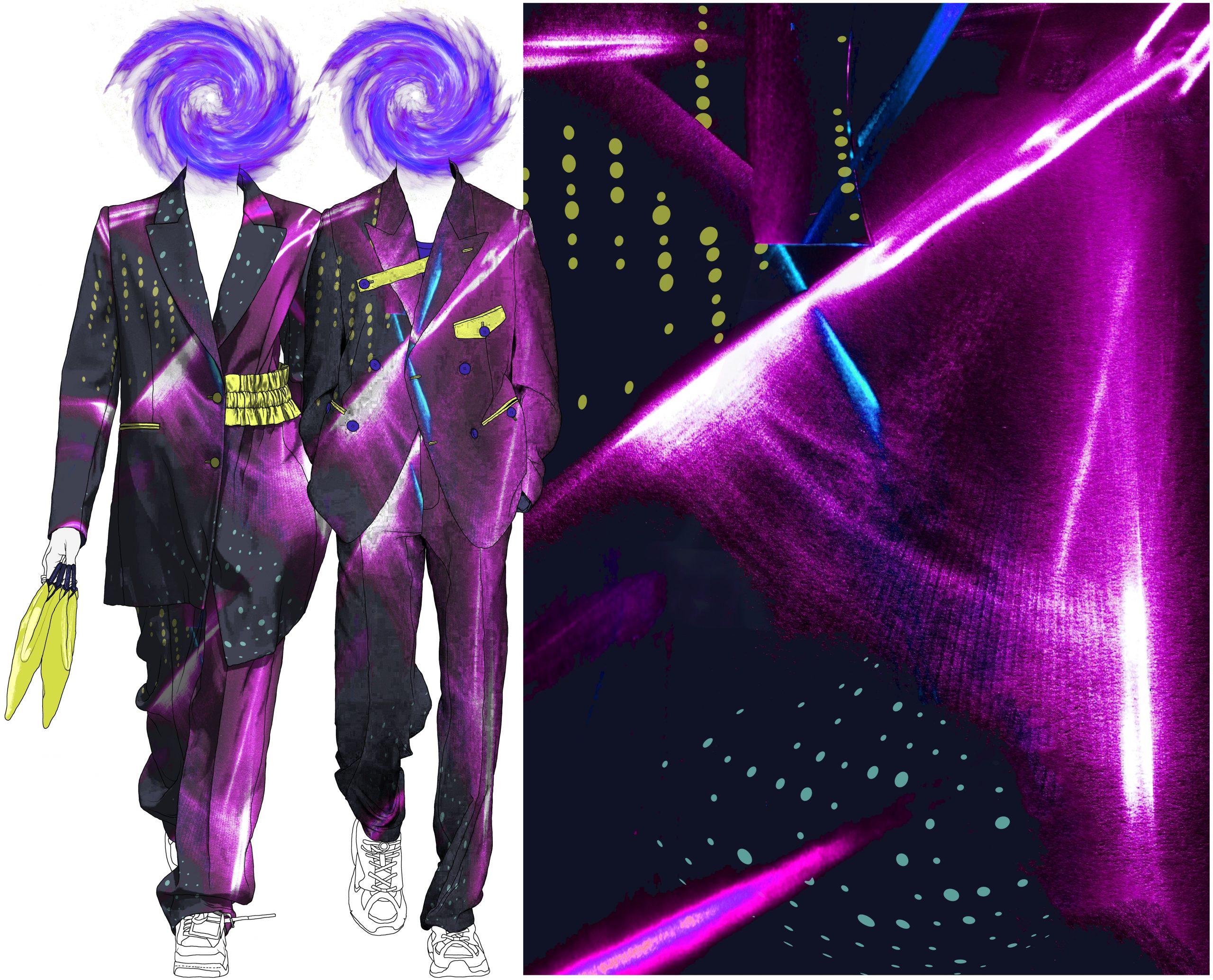 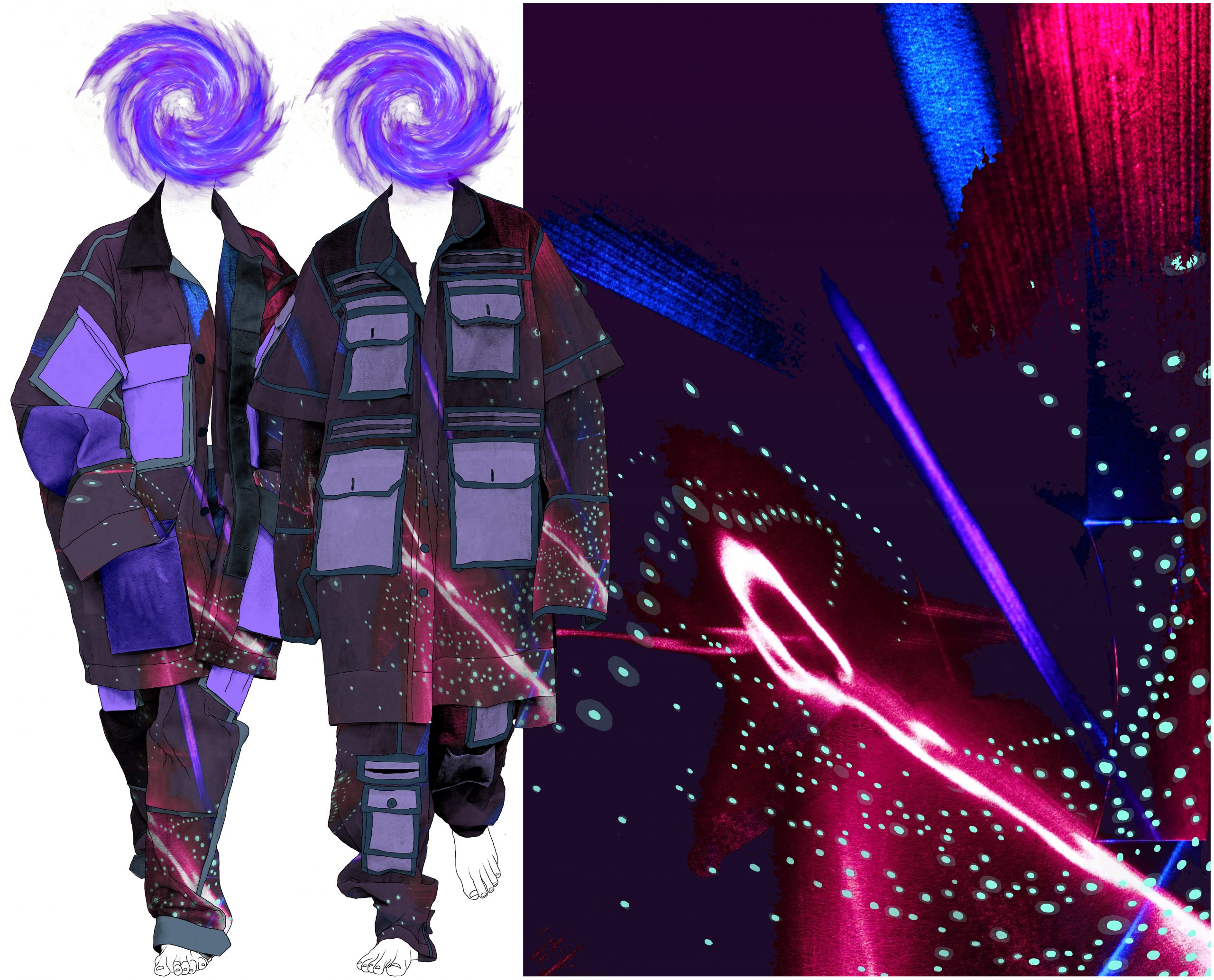 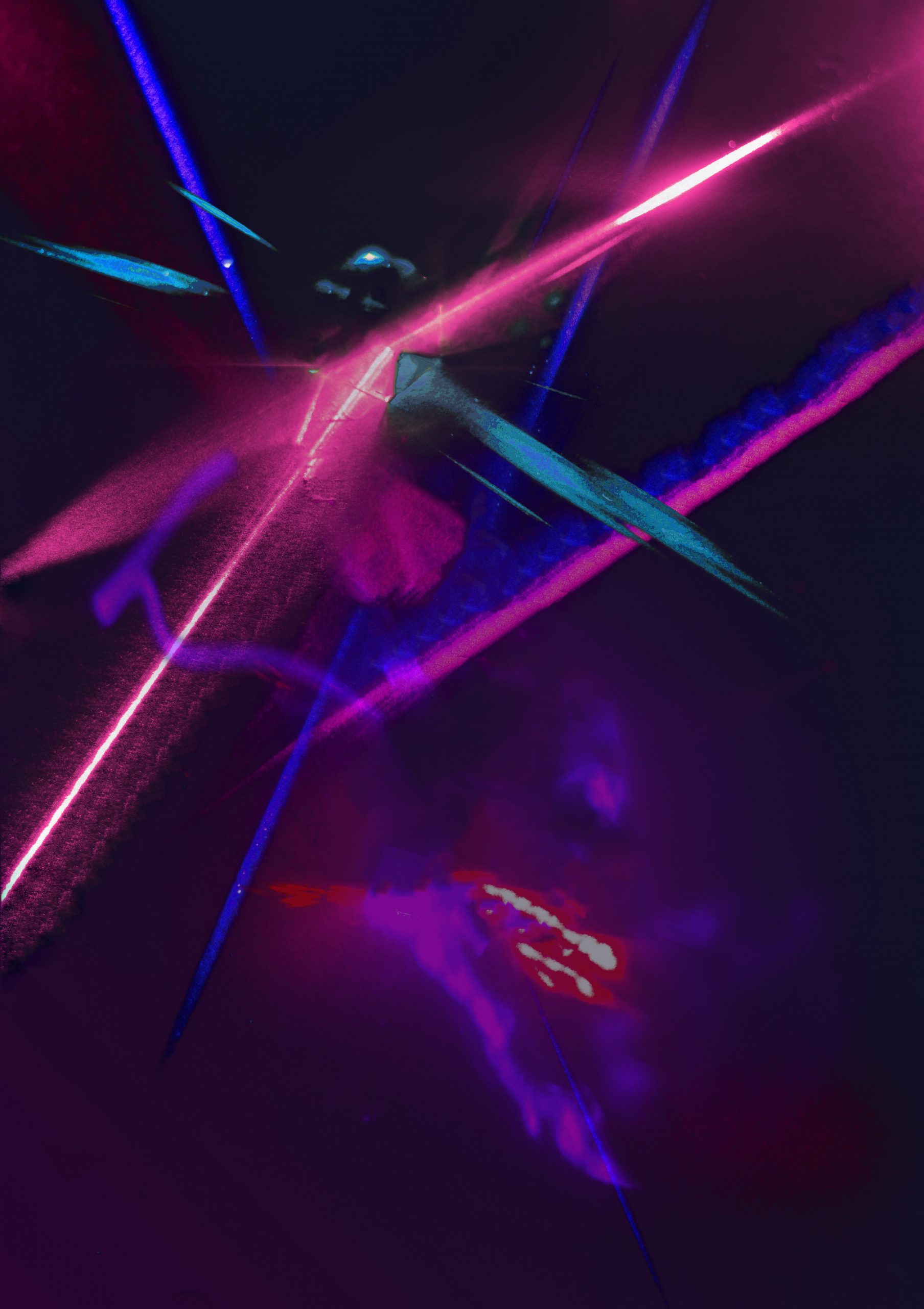 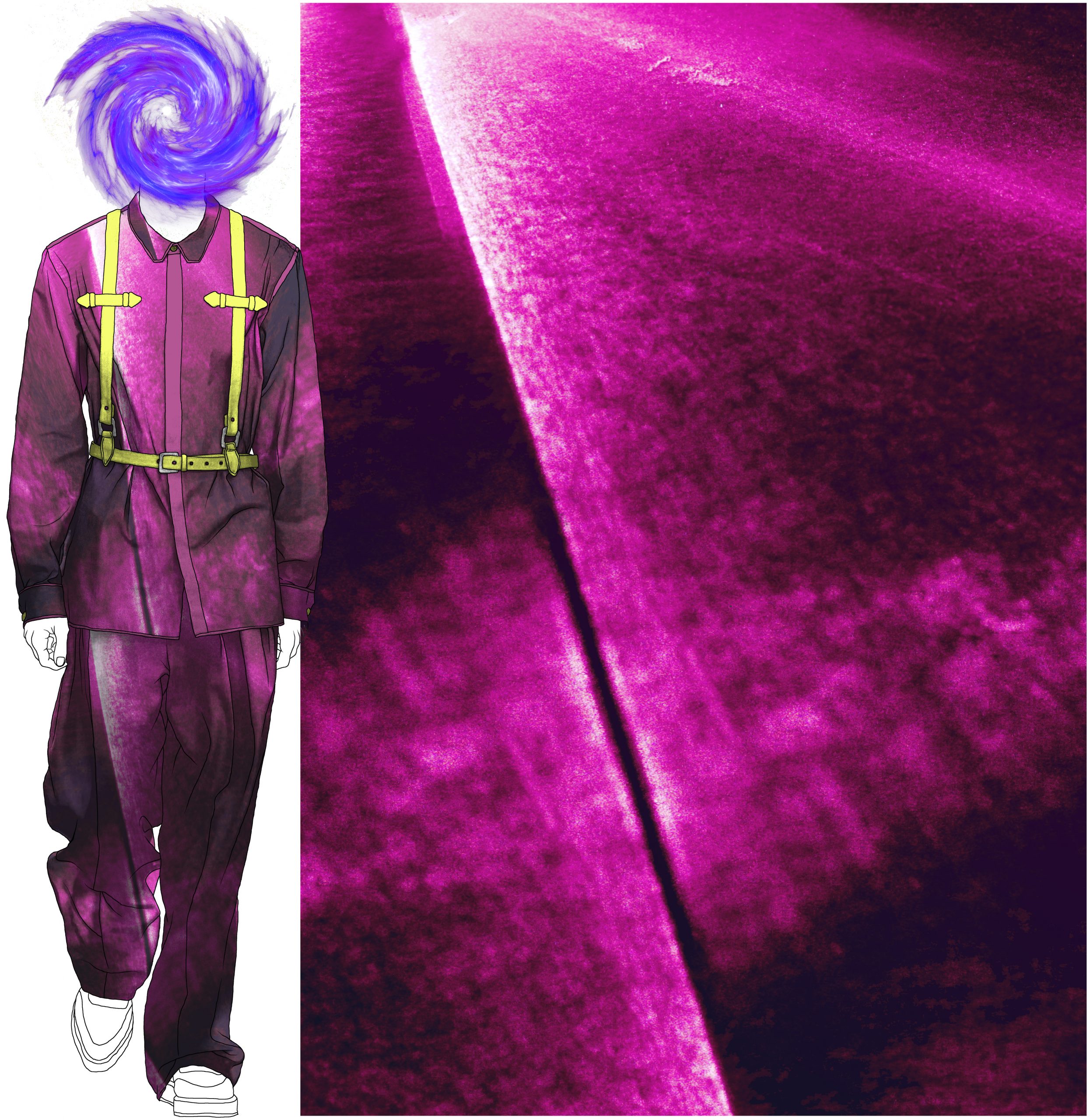 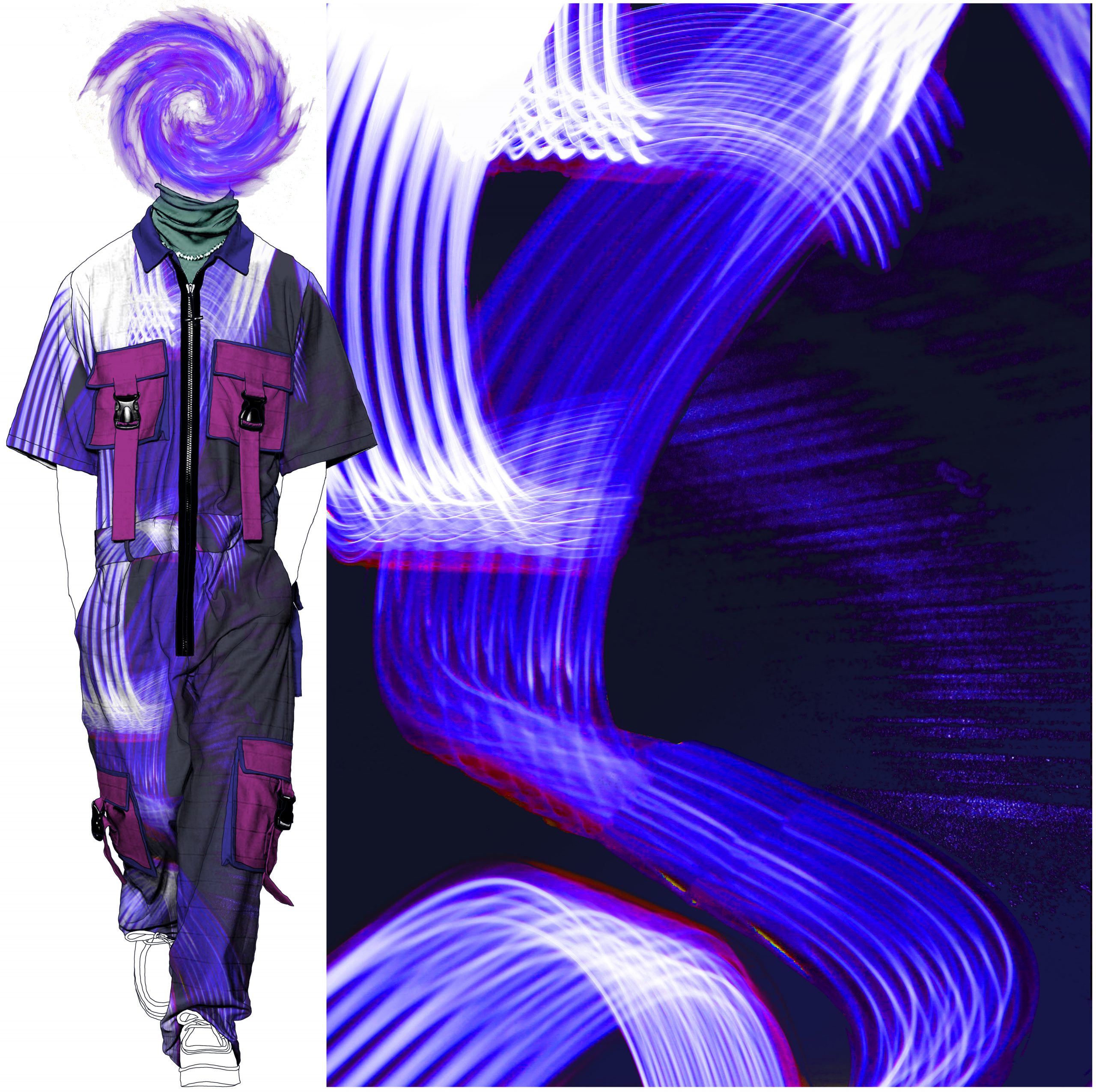 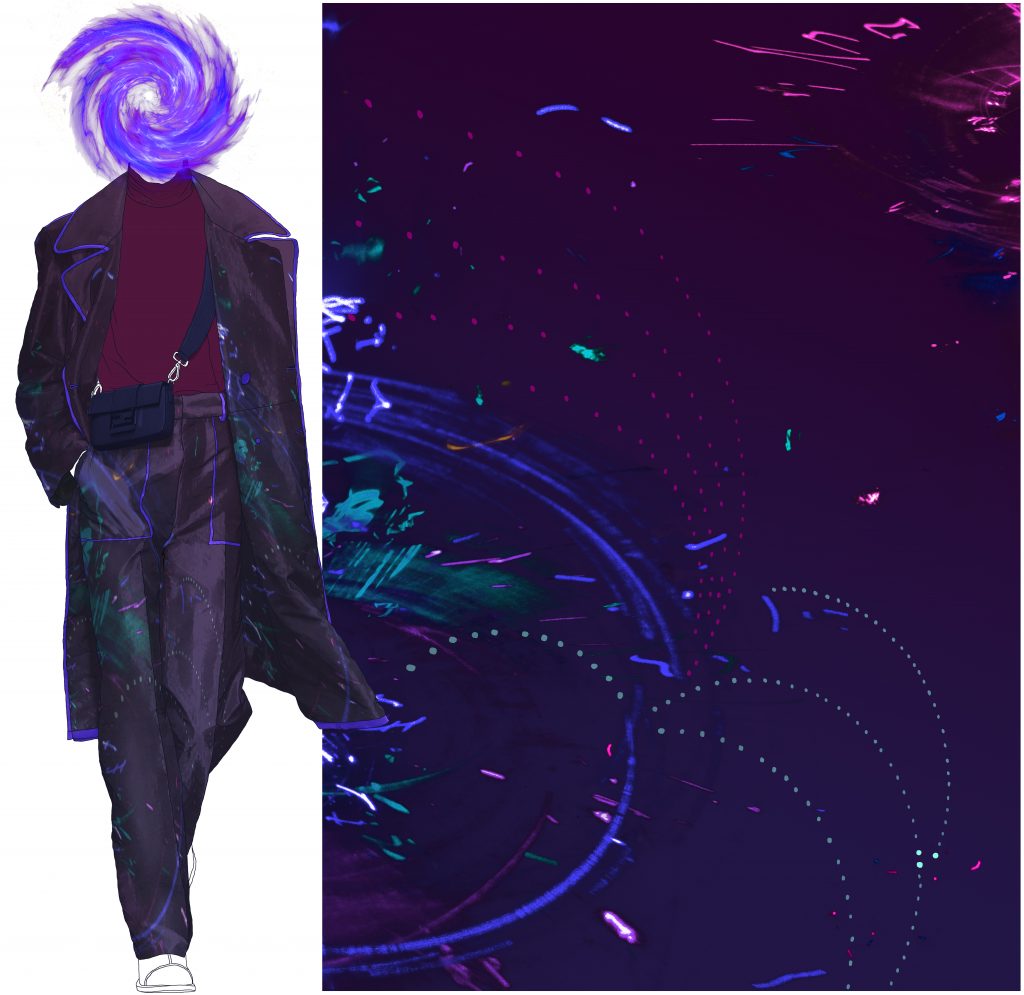 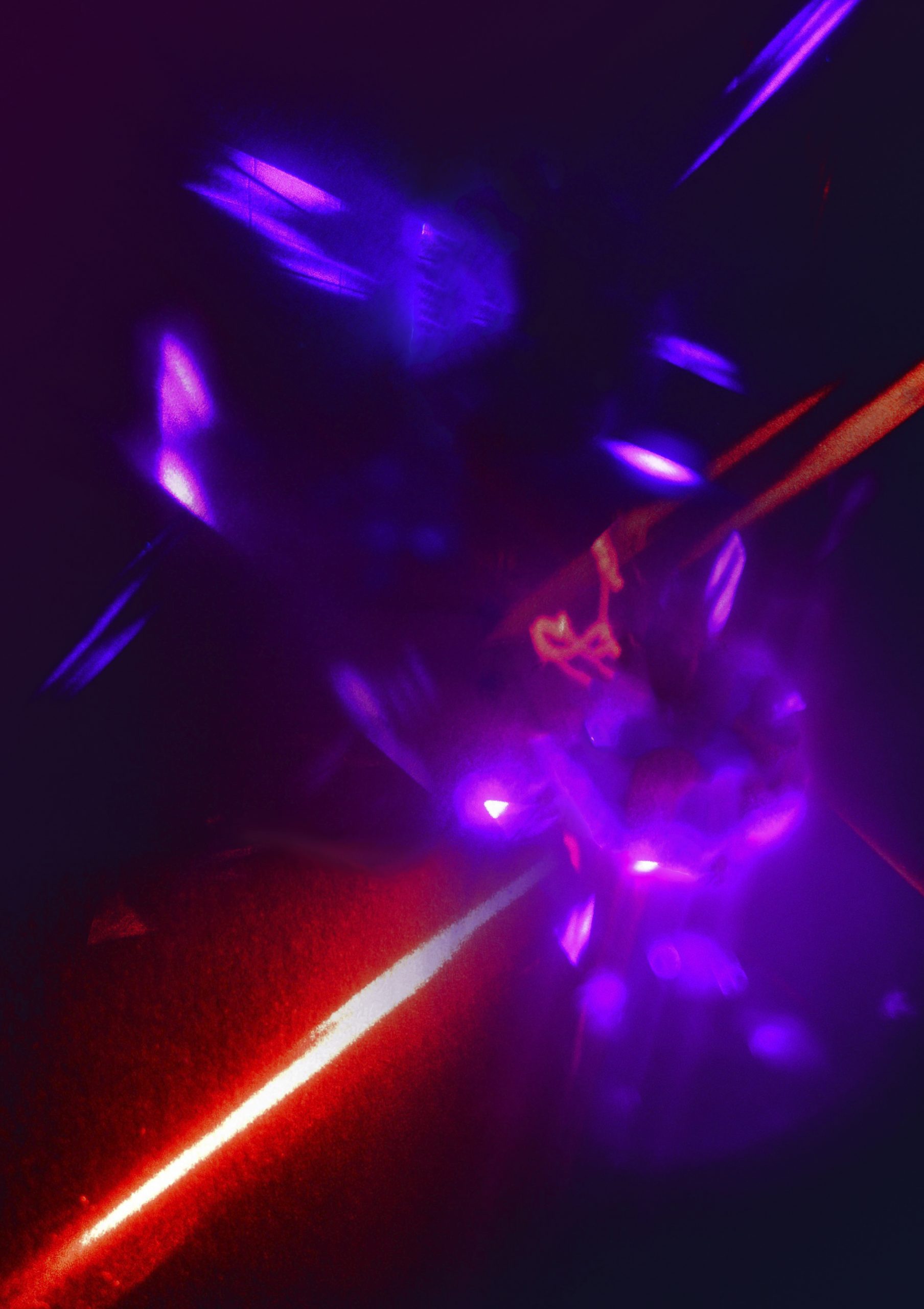 My project is based on the scientific theory of the existence of other dimensional/parallel universes and visualising the journey one might take to enter another dimension.

Parallel universes have been a scientific theory studied by many physicists and mathematicians throughout the centuries, including Plato who’s Cave allegory seems to imply that our three dimensional world is but a projection of an even higher dimensional reality. I was initially inspired by the story of Alice in Wonderland, when Alice falls into the rabbit hole. Mathematician and writer Lewis Carroll was able to visualise the idea of connecting multiple universes through the possibility of wormholes within this children’s book.

Taking inspiration from science fiction movies and series that attempted to visualise inter-dimensional travel through hyperspace with flashing lights, such as 2001: A Space Odyssey, I mainly used photography to create original imagery that attempted to capture light in different states such as refraction, emission, and much more.

The rise of veganism: Is it beneficial or detrimental to upscale the production of vegan materials?

'20 I was the runner up (2nd place) in the SDC International Design Competition 2020 Midlands Regional Heat where the theme was Colour and The Universe. I entered the competition with my Semester 1 project ‘Ancient Stars’ which drew on the connection between Ancient Egyptian Culture and Astronomy. My project originated from the idea that the Ancient Egyptians built pyramids and important buildings with specific astronomical orientations, believing that the pyramids were a direct link from different constellations to the earth, allowing their Gods to travel from the stars taking human form on Earth.

Mirjam Rouden, Print Intern (Sept 2018) - My time at Mirjam Rouden was spent drawing and creating print designs to be sold. I also assisted the team in preparing many designs to be sold at Premiere Vision. During this placement, I was able to really practise and elevate my drawing skills.

Pattern Textiles Studio, Print Intern (Oct 2018 - Dec 2018) — At Pattern, I helped the designers with a number of different drawing projects by producing a number of drawings using different mediums and techniques which resulted in a print collection. I would also prepare the prints after steaming by washing, ironing, hemming and mounting the designs ready for sale, along with general studio tasks. During this placement, I learnt to work in a team, getting print designs ready quickly and efficiently. I also managed to improve my machine embroidery skills with practise.

Hawthorne & Heaney, Embroidery Intern (February 2019 - April 2019) - Hawthorne & Heaney was partly a customer facing placement, where I had to collect/drop off embroidery items to many stores in and around Saville Row daily, which was really interesting, as I was able to meet and speak to the tailors, making connections in that industry. Managing all the social media platforms for the company was another huge part of the internship, alongside improving my hand embroidery skills through the attendance of The London Embroidery School classes on weekends and the in house embroidery project I was set.